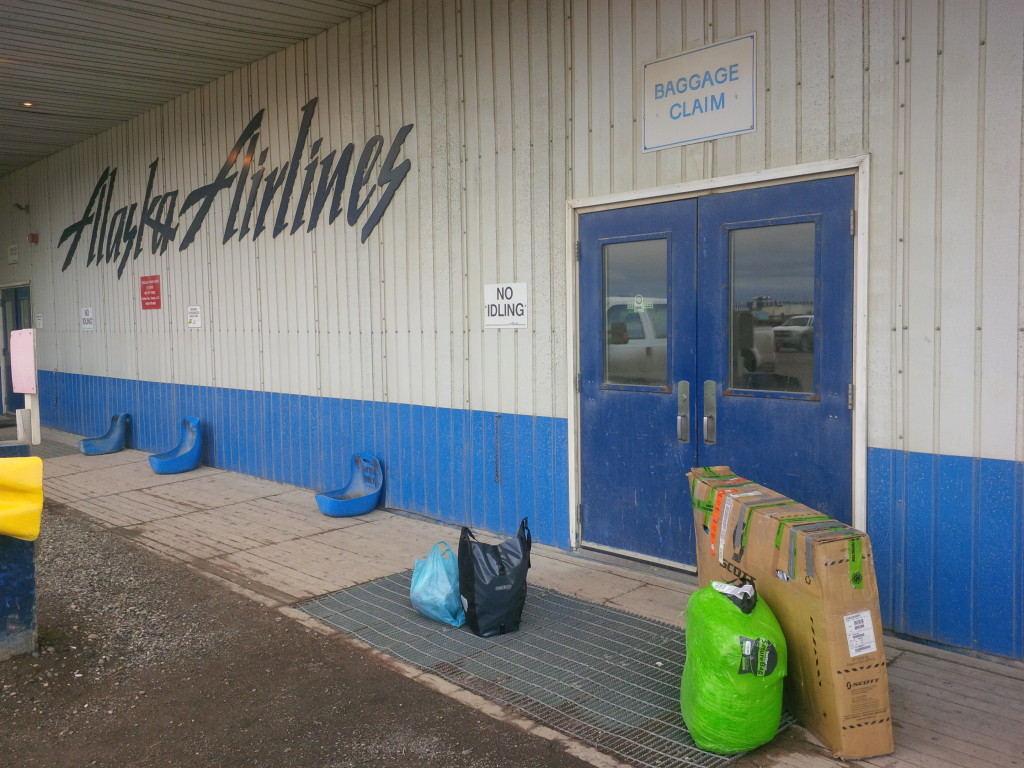 Preparation Chronicles AKA a disaster waiting to happen!

Retrospectively a trip like this requires an active organization of at least six months to one year. Doing everything in two months as I did with no previous experience of cycle-touring or camping is “a disaster waiting to happen” as I’ve been branded in a Facebook group about bike touring. These are, in broad outline, the stages of the adventure’s preparation period.

August 2014 – After playing with the idea of traveling along the Pan-American Highway with a few friends with a 4×4 truck or motorbike for the longest time, as the years go by and nothing happens, I finally think, “Why not cycle through the Panamerican Highway alone?” Decided: departure in October.

September 2014 – I give up starting in October. Departure is in the spring.

February 2015 – Postponed it to May/June. I’m resolved to starting organizing the trip: it’s happening. For sure.

May 2015 – Departure late June/early July. I cannot delay any further.

June 8, 2015 – Returned to Italy from Dublin to organize the practical aspects of the journey. Sent an email to a group of friends to choose the name of the site (online presence surely needed).  In a few days we choose Alaska2Patagonia.com

June 12, 2015 – Cian Pas Cream Creative (a design consultancy based in Dublin, Ireland) offers to help out putting together the site due to the fundraising charity this adventure aims to spin off.

June / July 2015 – I live in a state of constant information overload trying to collect as much information as possible on what I need, should need, might need, etc. I become an expert in tents, sleeping pads/mats, sleeping bags, water sanitation systems, technical clothing, bicycles, tires, camping stoves, satellite trackers… and much more.

VACCINATIONS – Sought medical advice for the journey.  I get the necessary information and all that remains is to go to the local health office for the vaccinations (yellow fever, hepatitis A, tetanus, diphtheria and typhoid) in Trescore but apparently they don’t have five minutes to get me three injections until August 10. The next day they find me an appointment in three weeks’ time (July 14) in a place almost one hour’s drive from my town.

VISA – I realise that USA ESTA visa waiver program only gives me 90 days including time spent in Canada (I assumed entering Canada would reset it), and therefore I need to apply for a proper visa, which I do. First appointment at the US embassy in Milan is available for August 10. D’HO! Over the next days I try to keep changing appointment on the booking site and manage to score an appointment for July 16th. Uncle Sam wants me: VISA granted.

BIKE – I contact with Roberto Bresciani (Cicli Bonfanti) in Bergamo that was the mechanic of my team as a junior, he offers to help me and show me what I need to know to put hands on my bike in case of problems. The problem is that I haven’t got a bike yet!
I proceed to contact all the Italian bike manufacturers for a sponsorship; I need a bike modest but robust, the value of what I want retails around 1200 / 1800Euro so I’m not asking for the moon. Most do not even answer me, very few simply refuse. They do not even offer a discounted purchase. I am disappointed that a producer from Bergamo, my same town, a worldwide leader with the longest history, did not even take the trouble to answer, even negatively.
Moving on to importers, but without much luck. Specialized UK puts me in contact the Italian marketing manager who seems to be quite willing to do something but in the end I didn’t hear from him further.

We are now running out of time and there is nothing left other than to arrange something with Cicli Bonfanti or purchase a touring frame and leave it in the hands of Roby. I contact the distributors of Surley in Italy to ask availability of frames. Bike Cafe is interested in my adventure and they offer the supply of the complete bike with a good discount. I agree. I will be riding an American bike on American soil; it all makes sense.

The bike comes on August 6, Roberto Bresciani (Cicli Bonfanti in Bergamo) fits the bike for me, I do a few rides, then we dismantle it on Monday, August 10 and pack it to be shipped by air. Roberto and family, as well as offering the assembly and disassembly of the bike, also generously give me everything I lacked: pedals, support to the basket, basket, Cateye wireless computer, spare cables, spare chain, pump, bottle cage, punctures repair kit, 2 inner tubes and maybe something else I forgot. A big thank you is all I can offer in exchange.

CLOTHING / EQUIPMENT CAMPING – I made contact with pretty much all manufacturers of sporting/outdoor clothing and related equipment. Time wasted as no one is interested in sponsoring me. Again disappointed that a worldwide leader in cycling clothing from my city didn’t even bother to reply to my enquiry.

I asked for advice in a group in facebook group about the tent, saying that I intend to start the trip from Prudhoe Bay in the second half of August.  Along with tents suggestions I’ve been branded: a disaster waiting to happen.

Discouraged, very discouraged, I decided to send an email to Alastair Humphreys who replies to me after two minutes giving me that pat on the back I needed, not only that but he takes his personal account of facebook and takes it to the group in question and puts everyone in their place. A great dude!

ShowersPass UK offers 50% discount on their products. I accept willingly.

FOOD – I contact all manufacturers of products like Soylent. All they are interested to provide me in one way or another are their products. Ambronite and 100% FOOD are the most interesting because they are made with organic products. Ambronite sent me a sample of the product – good and pleasant tasting. I’ve chosen 100% FOOD for articulated proposals that they made to me, allowing to modify the product according to my needs and possibly create a new line of products as a result.

August – Last ten hectic days, the emotions are intense and too many of them, and so are the things that are still outstanding. The courier rings at home twice a day to deliver the necessary materials I ordered.

August 7, 2015 – As suggested by Alastair Humphreys I take the bike and take part of the equipment and after climbing the mountain Mt. Misma I sleep on the summit to test it out.

August 9, 2015 – Small dinner leaving party with family and closest relatives who are those who have most generously helped me for this trip. I regret not being able to say goodbye to all the other relatives.

August 11, 2015 – Departure from Linate in Milan to Deadhorse, Prudhoe Bay. Stopovers in Frankfurt and Anchorage.

August 11, 2015 – Arrival in Deadhorse around 10pm, bitterly cold. Having taken possession of my room around half past midnight, I begin to reassemble the bike; it takes more time than expected, as the bike suffered some damage on the final flight from Anchorage to Deadhorse (it was in perfect condition when I cleared customs in Anchorage). The brake discs are all crooked, the wheels have taken some beating, the cranks (especially the largest) are slightly crooked too. After working on the bike for most of the night I decide to postpone the start by a day.

13 August 2015 – Packed all my belongings in panniers, bought the spray and horn against bears and at 13:20 after loading all my possessions on Isabella, I start pedalling from Deadhorse. The adventure begins …

Sleeping on the summit: a trial before leaving to Alaska