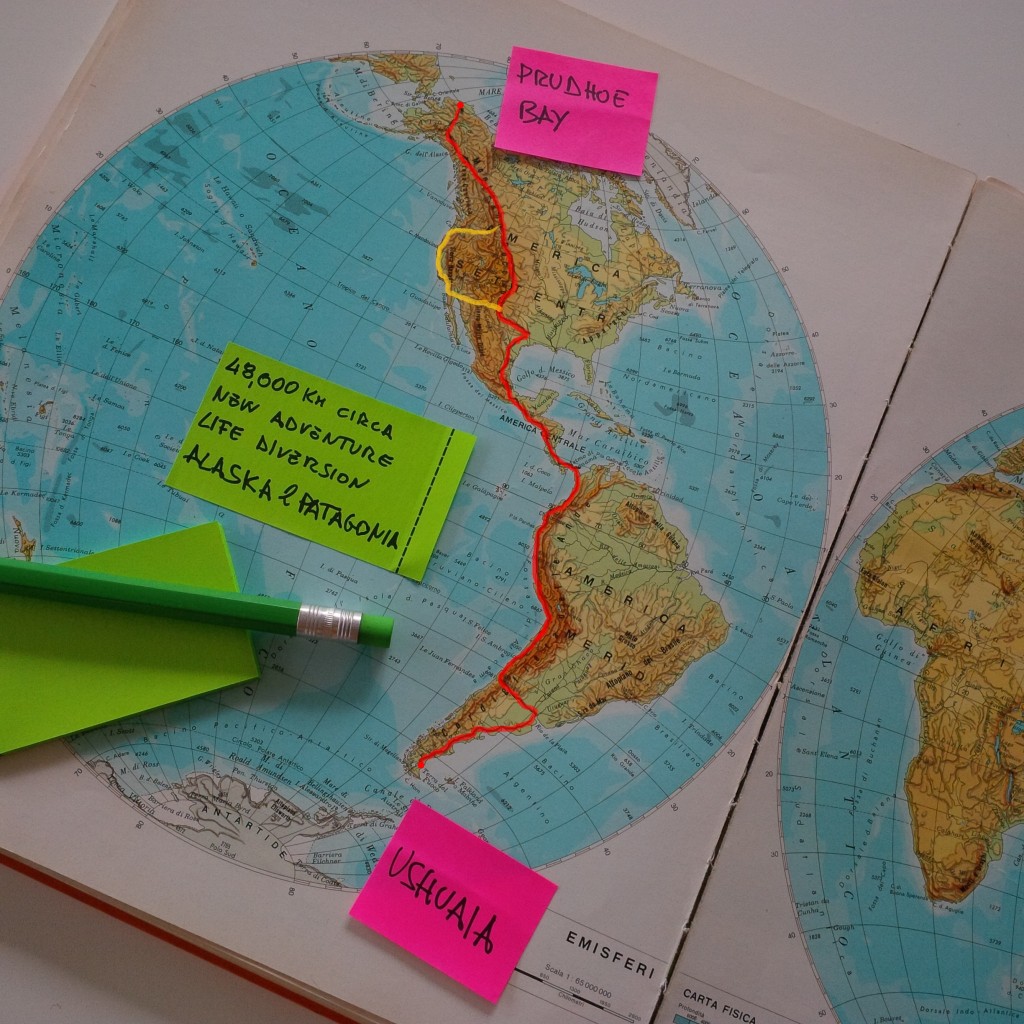 UPDATE: alaska2patagonia is now a round the world bike expedition, scroll down for more information
UPDATE 2: Now I have also completed the crossing of Africa from Cape Town (South Africa) to Cairo (Egypt), and I am crossing Europe (see map below).
Note: the adventure set off on August 14th 2015 from Prudhoe Bay (Alaska), America’s north-most point. It’s still ongoing; current mileage (March 2020): 59,000Km pedalled across 39 countries.

I’ve always had the desire to wander, to be a wayfarer, to test myself, to adventure. For a long time, the Americas have been the location of these (childhood) dreams: the “Wild West” and the Spaghetti Western of Sergio Leone (although I found out later that they were filmed in Spain or Italy), the trappers of Zagor, the Indians of Tex Willer, the county of Duke’s of Hazzard and the General Lee, the provincial life of Happy Days, the great documentaries of Quark (a documentary Italian TV program) on the Amazon, the Andes and Patagonia to name a few. Growing up: Ernesto Guevara’s South America, the United States of Bukowski or Jack Kerouac without forgetting Jack London who not only made me dream as a child (The Call of the Forest or White Fang for example) but also as a teenager with The Road. The epic South America of Garcia Marquez and Isabella Allende was part of the process too.

Now is the time to make these dreams a reality with a lifetime bicycle journey along what it’s world’s longest road; a road that runs through the entire American continent from the far north to the far south: the Panamerican Highway from Alaska to Patagonia; a 48,000Km (30,000 miles) dream; a dream longer than a 40 000 km trip around the world’s equator. It will be a dream with eyes wide open, an exploration of the vastness of the American continent but also a self-exploration: my limitations and my fears.

My dream will be lived at a completely different pace of life, marked by the rising of the sun and its setting. For a travelling companion I’ve chosen a bicycle, Isabella. She’ll be loaded with panniers containing everything I need to live and to camp self-sufficiently along the way, but I am hoping to find hospitality once in a while at least for a hot shower. Perhaps some friend will decide to join me for a little vacation and accompany me for a week or so.

While this trip is for my own self, I’d also like to help to others as well. I have decided to raise funds for charity and raising awareness about the problems many countries are facing and to a greater extent the most vulnerable are the ones suffering most: children.

You can spy/stalk my whereabouts on the map below. For live satellite tracking please check: https://share.delorme.com/DavideTravelli

UPDATE: I will continue the journey beyond Patagonia and I will cross all the five continents: America, Africa, Asia, Oceania and Europe.
Isnt this excting? The ultimate bike adventure is one grand adventure around the whole planet! Here’s the announcement and the thinking behind this decision: Go big or go home: turning Alaska2Patagonia into a round the world expedition

UPDATE 2: As visible in the map below, the crossing of Africa is also completed and I am currently travelling across Europe. 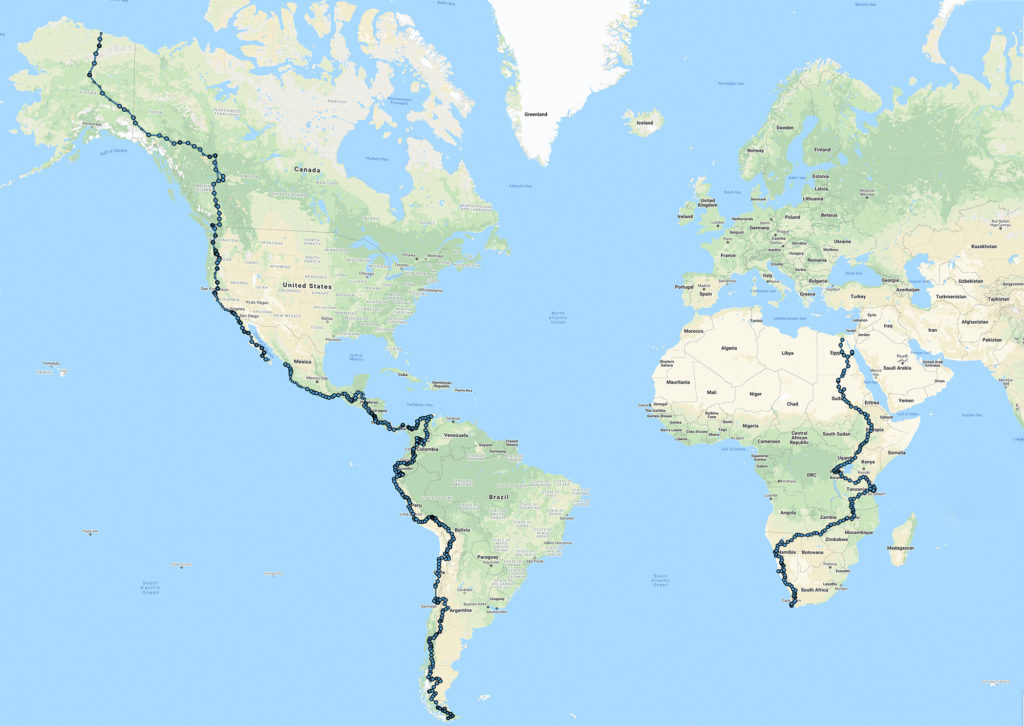